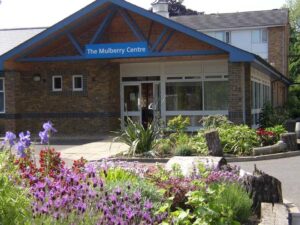 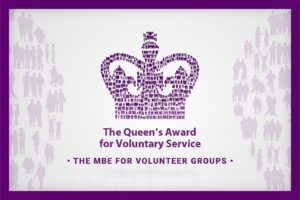 Today, The Mulberry Centre is a well-established resource in West London and has over nearly two decades received many thousands of visits to the Centre from those affected by cancer.

Our history is a culmination of a series of events. Over 20 years ago, it was seen that West London needed a cancer support service – somewhere for anyone affected by a diagnosis of cancer could visit for information, advice and support and West Middlesex University Hospital NHS Trust launched its first major fundraising campaign under the banner of the Pulse Appeal.

Visits were made to similar centres around the country to gain an understanding of the viability of the service and its ongoing funding needs.

In 1999 the cancer care centre gained its name, we wanted it to be accessible to our diverse community.  The local connection is that the first Mulberry trees were imported to Britain by our neighbour at Syon House, the Duke of Northumberland. The tree is dedicated to the Goddess of Wisdom, Minerva. Most important for us was that the mulberry tree can regenerate through it branches and leaves. So there is a connection to our work.

The Mulberry Centre Appeal was born; Fundraising continued and building started in 2000. In 2001 the dream became a reality and the doors were opened for the first time. After 4 years, The Mulberry Centre moved from being a subsidiary charity of the West Middlesex University Hospital Charitable Fund, to be a charity in its own right.

On 1st August 2005, The Mulberry Centre became an independent charity, with its own Board of Trustees. This development allowed further scope for funding applications and an easier route for donations. Ties with the West Middlesex University Hospital continue to be strong, but the Centre gained strategic control over its future development and partnerships.